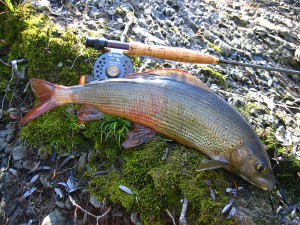 The river Savinja is a tipical alpine river, with a lot of riffles, pockets, deep pools and dams. Since the water is very clean, the river is very rich with water fauna.

And that is the same river, that was given to the Fishing club Ljubno ob Savinji to take care for it.

The seat of the Fishing club Ljubno ob Savinji is in village Ljubno, nearby the river Savinja. It is surroundet with beautiful nature, where there is always something to do also for those people who do not flyfish or for the family members of a flyfisherman. There is also a guest house, where one can order something to eat or just enjoy in a drink or two.

Only flyfishing is allowed in all areas, with using only one fly on the leader. The flies must be tied on barbless hooks or the barb must be smashed down! Spinning and other forms of fishing are not allowed. Flyfishing out of a boat it is not allowed, and there is also not allowed to flyfish down from bridges or simmilar structures. 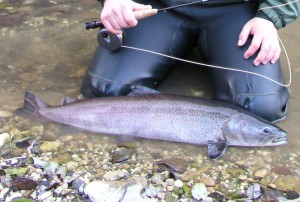 DISTRICT 1: Catch and release (Pesca e lascia)!
The river Savinja from Logarska valley down to village Luce (17 km).
Trophy part of the river Savinja from the bridge Savinjski in village Ljubno down to
dam Pekovski (2 km).
Fishing season: from april 1 st, till oktober 31 th.
Use of dry fly, nymph and streamer tied on barbless hook or hook with the barb smashed down is allowed. Catch and release only! 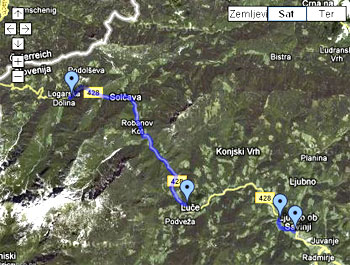 DISTRICT 2:
The river Savinja from the river Lucnica down to the bridge Savinjski in Ljubno. 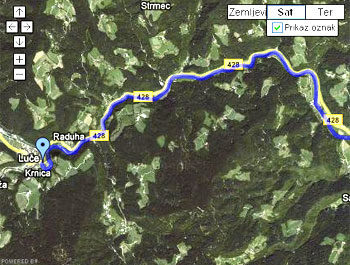 DISTRICT 3:
The river Savinja from dam Pekovski in the village Ljubno down to the dam Kolencev in Okonina. 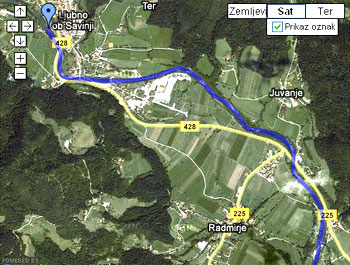 Flyfishing season: From april 1 st, till oktober 31 th. Use of dry fly, nymph and streamer tied on barbless hook or hook with the barb smashed down is allowed.